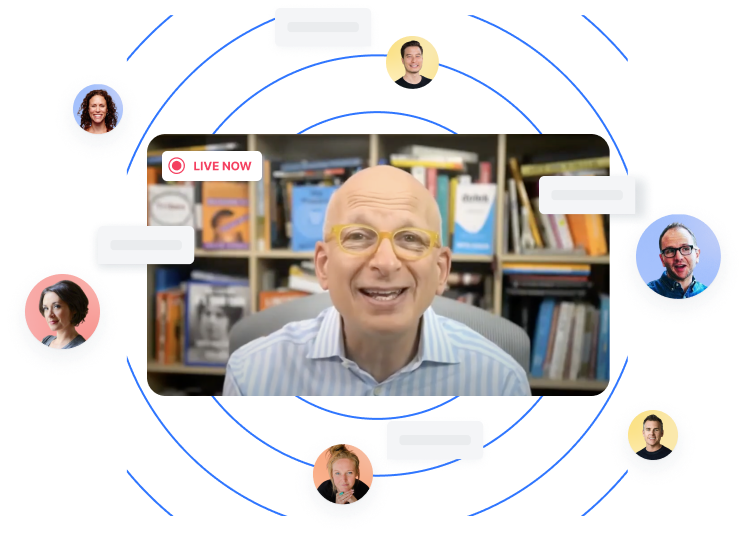 How Sarah Lacy Built ChairmanMe Into an Inclusive Learning Community 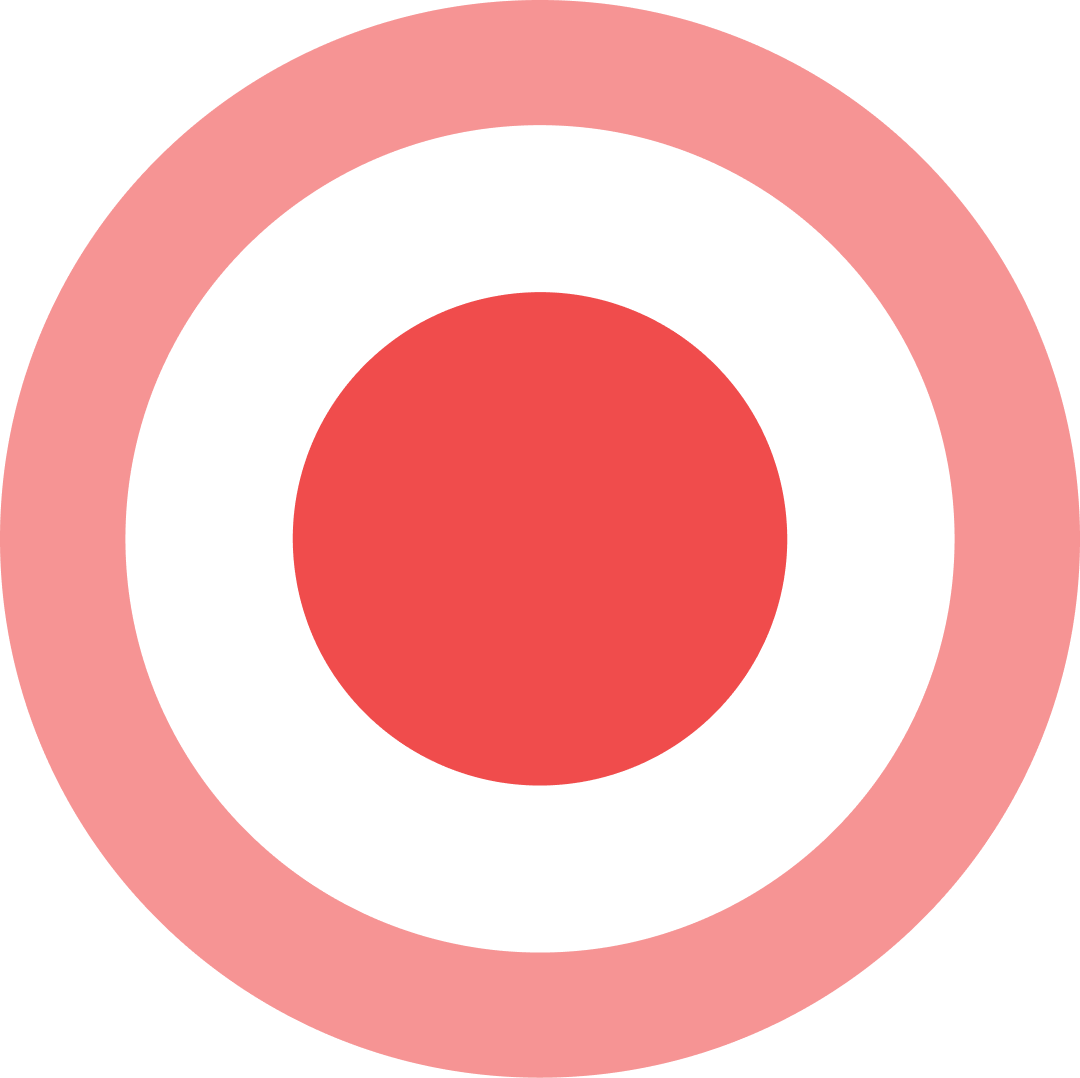 If Sarah Lacy’s storied career is any consolation, women do, in fact, run the world.

After a stint at Business Week, Sarah helped build the early days of TechCrunch and hosted a show for Yahoo Finance, unearthing inequality in male-dominated industries like Silicon Valley with her journalism company, Pando. She became the antithesis of the tech bro, making a living and a mark on the industry by holding a magnifying lens to toxic workplaces, sketchy billionaires, and the “tech bro” persona Silicon Valley became notorious for producing.

“Like, you can't tell me that we can colonize Mars, but you can't find another Black woman to hire for your executive team. What it means is companies don't care, and I understand from 20 years of covering startups and being a serial entrepreneur, myself that you can't care about everything — you've got to pick and choose.”

It was the stories of countless women in tech being withheld from opportunities and advancements that inspired her to build ChairmanMe: “After a couple of decades of doing a lot of really powerful work that I'm really proud of, I wanted to switch gears and fight all the same injustices, but do it from a point of view of creating something better versus shining a spotlight and taking down what was,” notes Sarah.

Now a community of over 10,000 entrepreneurs, founders, business folk and working parents, ChairmanMe invites guest hosts and speakers to create courses on a suite of topics; from financial literacy to body positivity, networking to negotiating, public relations to anti-prejudice trainings, ChairmanMe has created (in their own words) an “abuse-free, constructive, intimate connection to the entire world.”

For $10 a month, users have unlimited access to the learning community that includes not only the entire suite of lessons, but spaces in which to connect with other females. ChairmanMe also offers other free courses every week, virtually.

ChairmanMe didn’t always start out as the web’s premier learning community and forum for (mostly) women. Sarah has, as any good entrepreneur does, learned a lot along the way from equally brilliant people in her community.

What emerging virtual bootcamp, academy, and micro-school founders and operators can learn from Sarah's Keys to Success

It starts with intention

Prior to coining ChairmanMe, ChairmanMom was Sarah’s first effort to create a community for working mothers. ChairmanMom became a haven for women during the pandemic, offering a forum where mothers and non-mothers alike could share in their fears and opportunities. Mid-lockdown, ChairmanMom began offering free weekly Zooms that fostered connection within their audience, offering advice and information during a time when many people were out of work or were navigating a labor market that was turned on its head.

While that brought members a great sense of relief, it wasn’t enough. This rang true as protests around the George Floyd case broke out around the country, mid-pandemic, as a critical election loomed in the following months.

‍“One of our members Anamika Arthur, who's a brilliant epidemiologist and has worked at CNBC, reached out to me and she pointed out a flaw in my thinking of ChairmanMom. The problem was that women didn't have skin in the game and she was like ‘you gotta do more to get real commitment to one another and real skin in the game,’” recalls Sarah. “So she proposed our very first course, which was the sisterhood course. And it is a six-month deep dive where a hundred women go through the history of race, of gender, of class, of looking at everything that divides women against each other.”

That’s when ChairmanMom became ChairmanMe. All women, mothers or not, came together to learn, create, and empower. “Women don't wake up in the morning wanting to tear other women down, we get baited into this by a white supremacist society,” Sarah says. It all comes down to intention — the intention to create a community of women ready to work for the greater good of all females, and the intention of the members within it to move the community forward positively. Without ethos and blatant intention, communities fail to survive.

Now more than ever, teachers and curators of learning communities have an opportunity to fill a void that came about during the pandemic or has been unfilled since before.

In an effort to determine and deliver a unique value proposition, the ability to learn self-improving or career-improving or relationship-improving skills from the comfort of home should be front and centre in your messaging. No more hotels, planes, trains, rental cars, meals out, kid sitters or dog watchers from the conferences of yesteryear: your course can and should deliver that same value, if not better.

“I'm not dancing on the grave. I'm thrilled for the ones that do. But people have budgets that they didn't have before. It is way better to use that $2,000 that you would have spent going to a conference somewhere to actually do an asynchronous course, build really deep ties with people, learn a super valuable skill… If I'm going to a conference because I want to hear Stacey Abrams speak, how is it really different than me watching Stacey Abrams on TV?”

Immediate value add for potential learners? Save your money and spend it on what really matters — content and community.

Give people a toucpoint they can rely on

Live cohort-based courses and the skills learned within them are great for improving the life of your learners. For many, though, the course can also be an anchor in which they can root their week and schedule around.
‍
“The way we do our courses is we have asynchronous content that's pushed to you on a weekly basis,” Sarah notes. “It's about an hour of content with some self-work and some assignments, so that you're tying lessons directly to your life or your business or whatever course you're taking. And then there's a community. Sometimes in their courses, there are smaller accountability groups. Like we have a daily writing workshop called ReadySet, which is a sellout course and is already one of our biggest courses. And there are small private accountability groups there. And then there's weekly office hours. And so the thing that's great about that is you have the flexibility of doing the content whenever you want and whatever fits into your life.”

‍One of the most important things creators of learning communities and courses can do is recognize that while most people are trying to learn some new skill or bring an idea to life, they’re also trying to better themselves in the process.

This is a cornerstone of ChairmanMe’s philosophy: “We're busy. Our audience are busy working women. Having a community and accountability keeps people having skin in the game. And if you get behind, it's not the end of the world. But then you also always have this live touch point every week, which also gives you a lot of contact with the instructor.”

‍It’s with this ethos that ChairmanMe’s learnership continues to grow month over month because the pressure’s off, but the option to learn is always on.

Founders like Eliot Gattegno at On Deck or Suzanne Howard at IDEO have all noted just how crucial empathy is when building a learning product. It’s a trait great leaders, including Sarah Lacey, share.

“It really comes down to empathy. And so I think being really close to your customers — I'm the CEO of the company, but I answer every customer service email, I know hundreds and hundreds of our customers very well, if not thousands. I spend a lot of time in the community. I'm very close to them. I hear what they want. I know what they want,” Sarah says. “I think you can build something brilliant, but if it's not what your user needs, then you're not going to get anywhere with it. And I also take a bunch of courses myself, and so I see what works and what doesn't work for me. I have really strong opinions.”

‍But listening to what your customers want and building a course around it is the first of many more steps. Perspective around that content is critical to creating a successful, transformative lesson. For example:

Women want to improve their finances and find ways to invest their money, so you poll female finance creators and thought leaders. But if the only person who gives insight is a white woman from a Wall Street background with millions of dollars to her name, that’s not going to be particularly helpful to your learners.

Including different perspectives and acknowledging that the same advice can be applicable to different lives is key to ensuring the lesson doesn’t go over folks’ heads. “So it's like discovering talent. It's finding that right town. It's knowing that when you see it, just like knowing a great story when you see it or a record producer knows a great talent when they see it, I'm really good at that. And it's really fun" Sarah says.

When you put people together from a range of backgrounds and experiences, real community curation can take place. 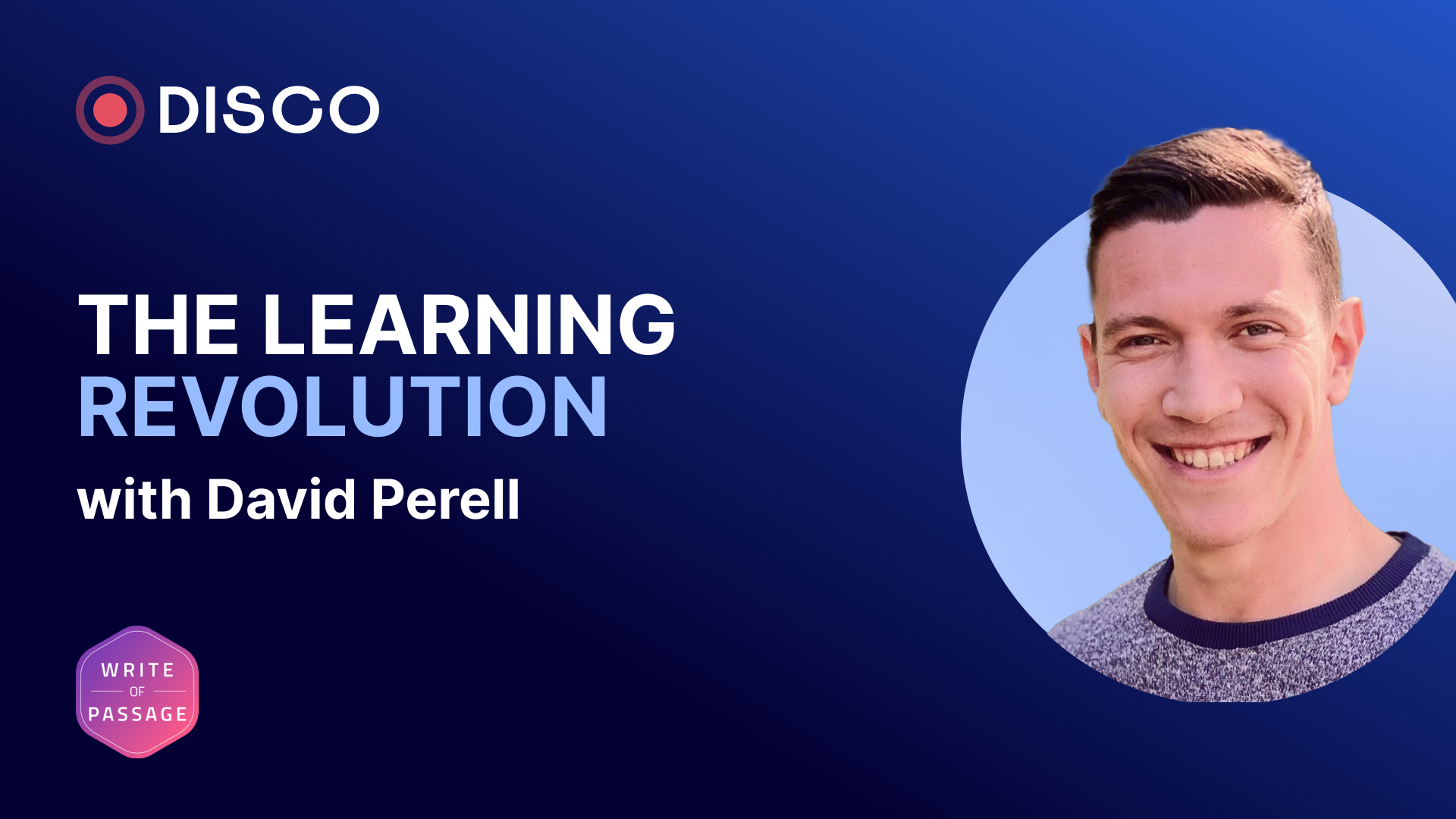 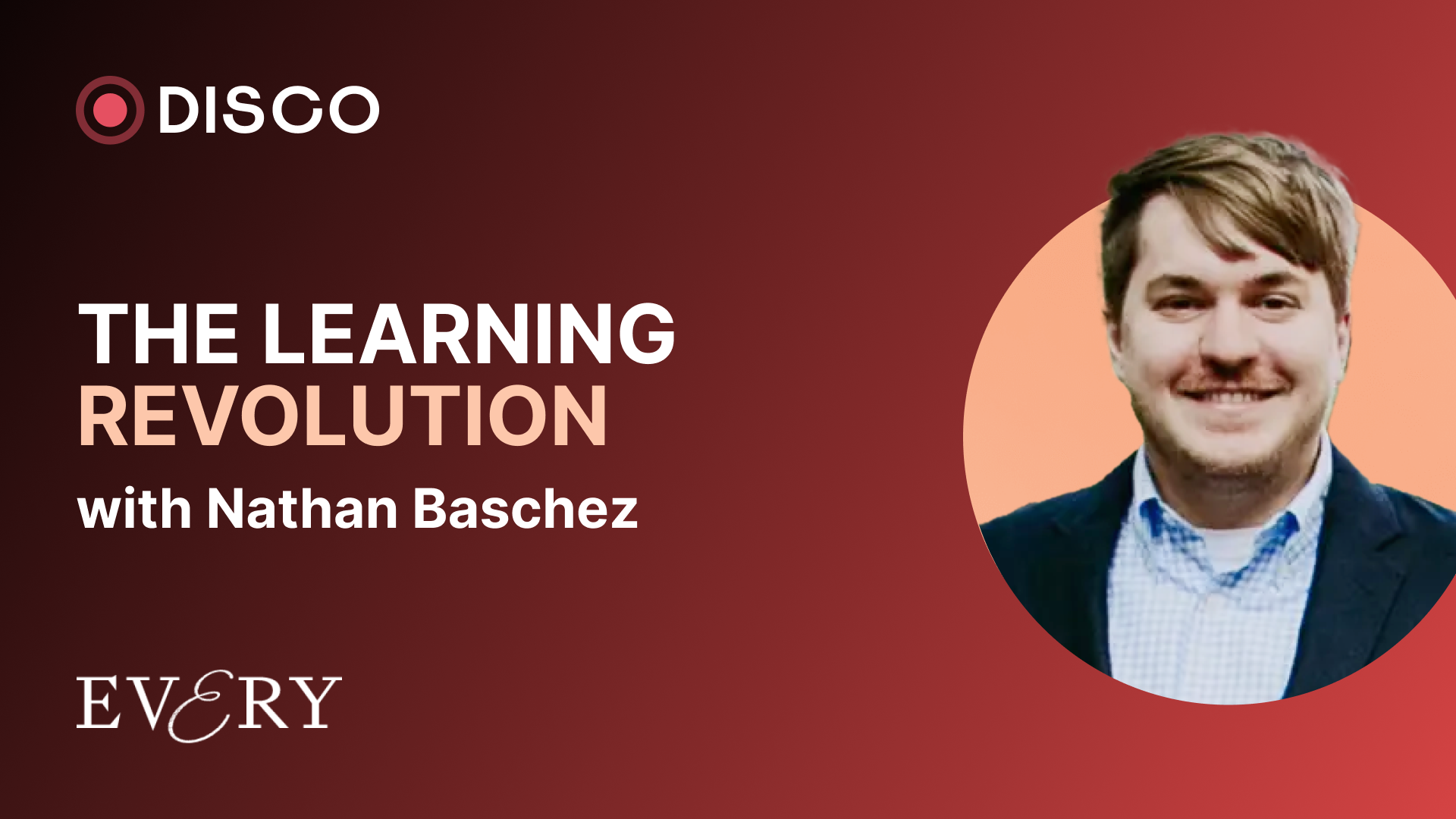 How Nathan Baschez Scaled the Every.to to 52,000 Email Subscribers 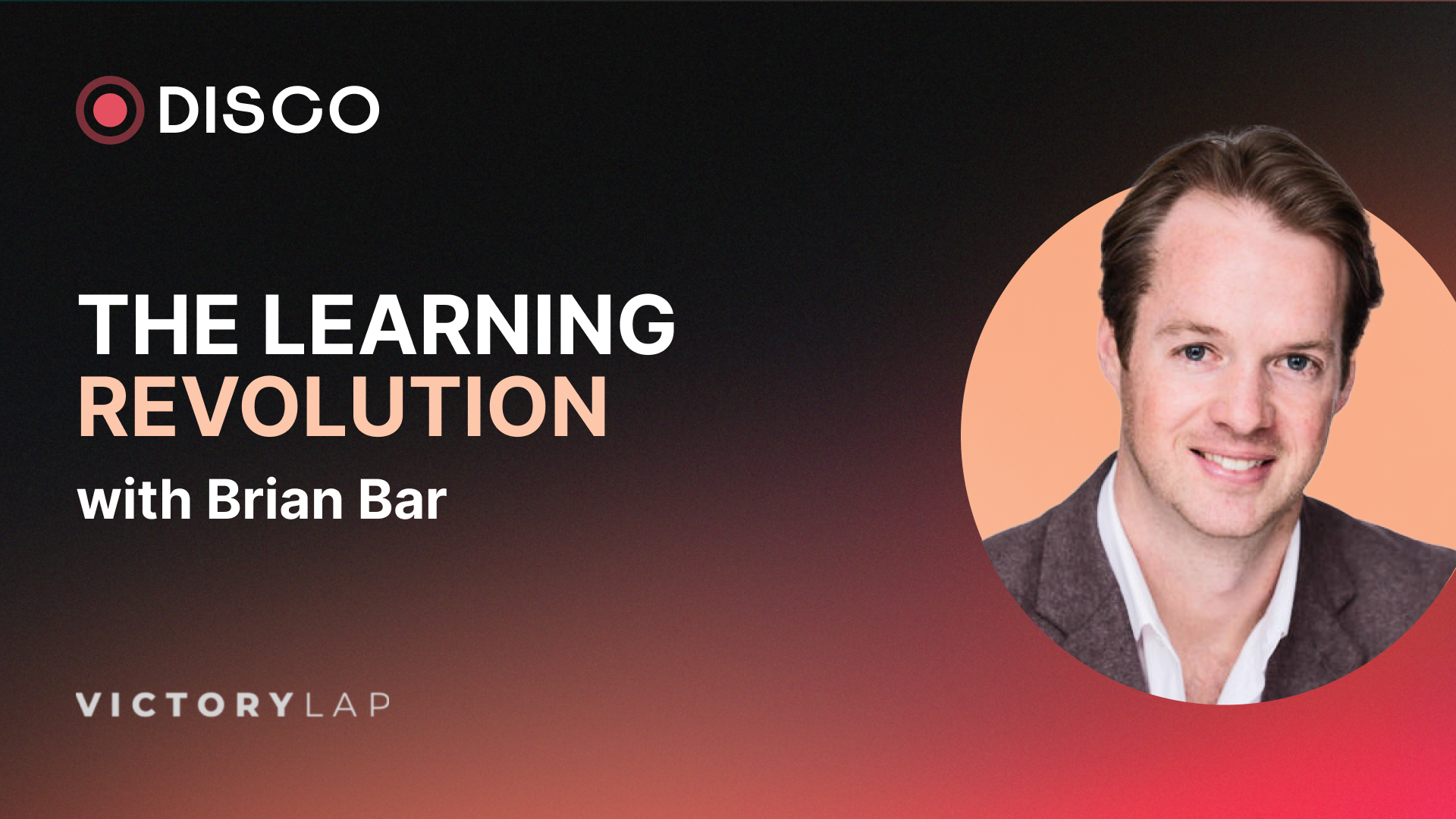